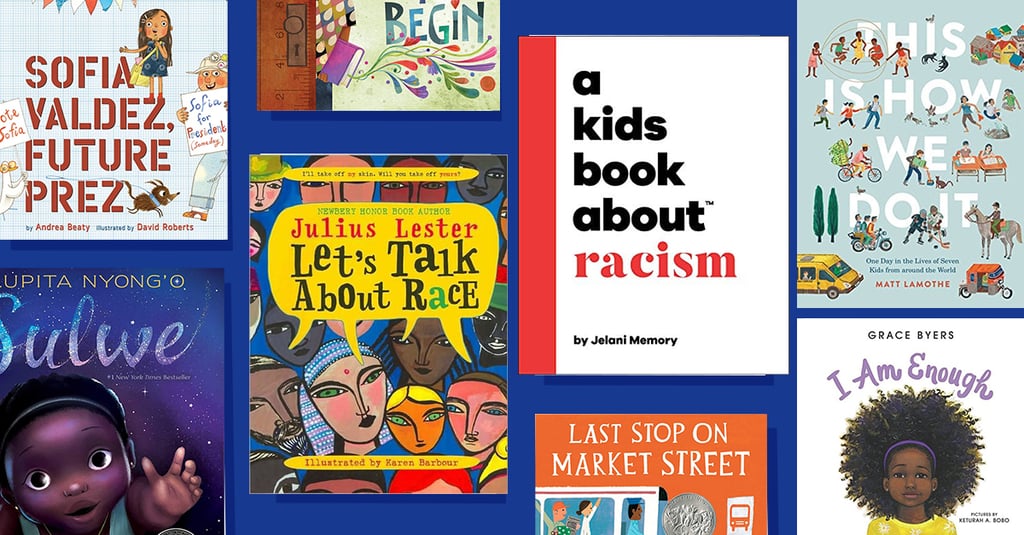 22 Books That Teach Young Kids About Diversity, Inclusion, and Equality

The events of the past week have made it clearer than ever that white Americans need to be stronger, more active, and more consistent allies in the fight for equality. White parents, in particular, are asking ourselves how we can raise children who will be part of the solution. Children perceive race before they're even a year old, so our work in raising anti-racist children needs to start at the very beginning. We need to introduce our children to the concepts of representation and inclusivity early and often, and one easy way to do this is by thoughtfully choosing the books we read to them.

The lack of representation and inclusivity has long been an issue in children's literature. A 2019 study by the University of Wisconsin-Madison showed that more children's books featured animals as main characters than depicted Black, Asian, Latinx, or Indigenous characters. Unfortunately, it's much harder to find find children's books that are widely representative than it should be. We know that it's important for minorities to see themselves represented in media, but it's also important for white children to see characters unlike themselves, too.

Here is a list that we've compiled for books that we recommend parents read to their young kids, starting from birth. Some of these books are examples of the type of representation we want to see more of in children's books, and others teach valuable lessons of inclusion and equality. And we want to be clear — this is just one small step that parents can take. There are so many things that white parents can do to become better allies. We should read books and educate ourselves about race in America. We should talk to our kids about race and white privilege. We should model anti-racism for our kids by thinking critically about everyday choices and actions we make. We should recognise that this is just the beginning of a long conversation, and that our efforts towards raising anti-racist children should be an integral part of our everyday lives.

Celebrity Style
Adam Levine and Behati Prinsloo Wore Matching Dresses With Their Daughters — How Cute Are They?
by Yerin Kim 1 week ago

Makeup
I Tried Fenty Beauty's New Skin Tint, and the Word "Lightweight" Doesn't Do It Justice
by Danielle Jackson 1 week ago