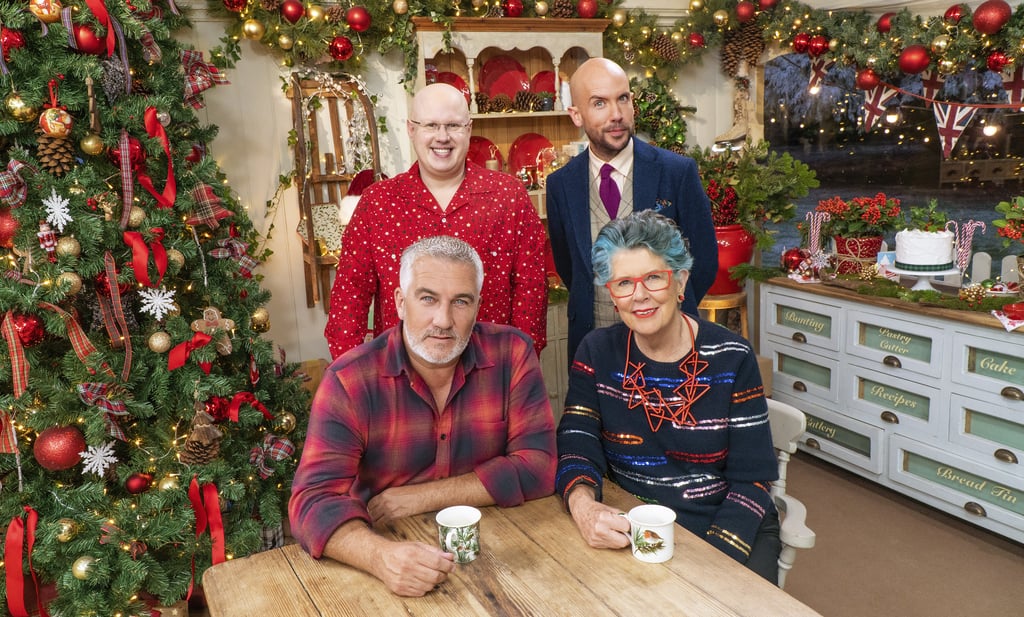 The Great British Bake Off is returning for not one but two festive specials this Christmas — and that means we know what we're cosying up on the sofa and watching over Christmas break.

The first episode, which airs on Channel 4 at 7:40 p.m. on Christmas Eve, sees judges Paul Hollywood and Prue Leith back in the iconic white tent, alongside presenter Matt Lucas for some yuletide Bake Off fun with some of the show's best-loved contestants. They'll be battling it out for the title of Christmas Star Baker ahead of a very special performance of "Silent Night" from musical guest Alexandra Burke.

Sadly Noel Fielding, who has presented the hit show since 2017, will not be joining in on the festive fun. Having recently welcomed a second child, he was on paternity leave during filming for this episode. Instead, comedian Tom Allen, who is best known for hosting sister-show Bake Off: The Professionals, will take on presenting duties alongside Matt.

However, Bake Off fans need not worry as Noel will be back in time for a second helping of the Channel 4 competition, which lands on our screens just over a week later at 7:45 p.m. on 3 Jan. In this episode, another group of former contestants from years gone by (including two former winners!) return to the tent to try and impress judges Paul and Prue and take home the coveted Festive Star Baker title. Together they'll see in the New Year with a cosy singsong round the piano.

So who are the familiar Bake Off faces returning to take part in this festive double baking bill? Keep reading to find out!