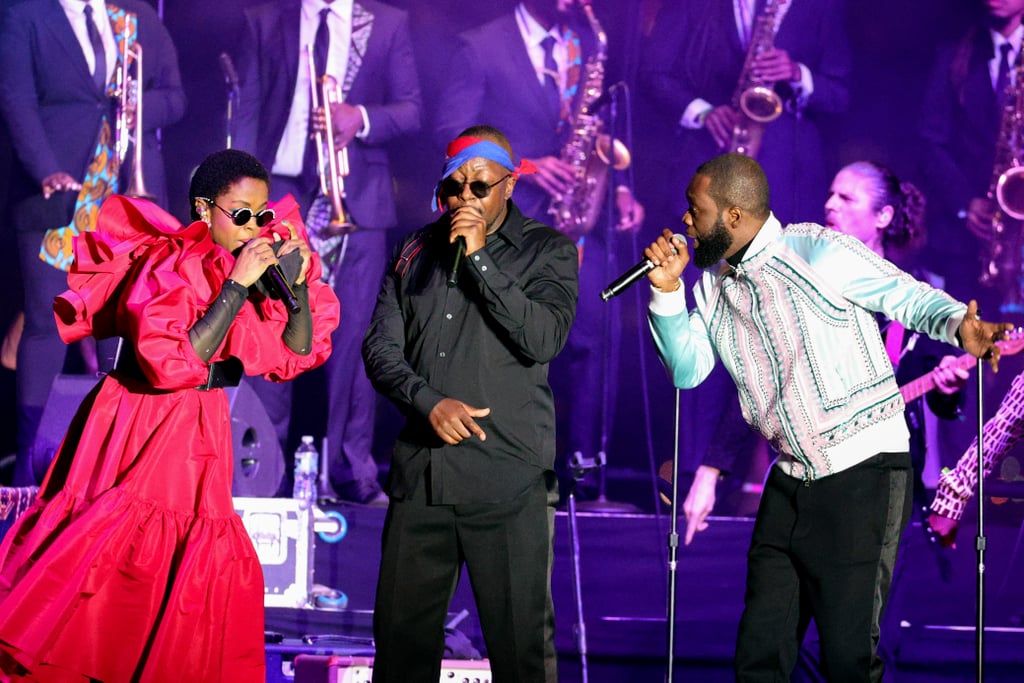 The Fugees' reunion tour has officially commenced! On Wednesday, Lauryn Hill, Wyclef Jean, and Pras Michel performed their first show in 15 years at a pop-up event in NYC. The concert was hosted in partnership with Global Citizen and Live Nation and served as the soft launch of their reunion tour, which officially kicks off in November. According to Rolling Stone, the group performed for about 45 minutes, singing hits like "Ready or Not", "Zealots", and "Killing Me Softly With His Song". They also regarded the mini concert as a preview of what's to come for their tour. No official videos of their performance have been released yet, but you can see a handful of photos from their concert ahead.

Giveon
From Muni Long to Lucky Daye, Here Are the R&B Artists We're Listening to in 2022
by Njera Perkins 1 week ago

Fka Twigs
FKA Twigs Is Here For Her Lonely Listeners: "You Can Borrow My Friends on the Mixtape"
by Navi Ahluwalia 1 week ago