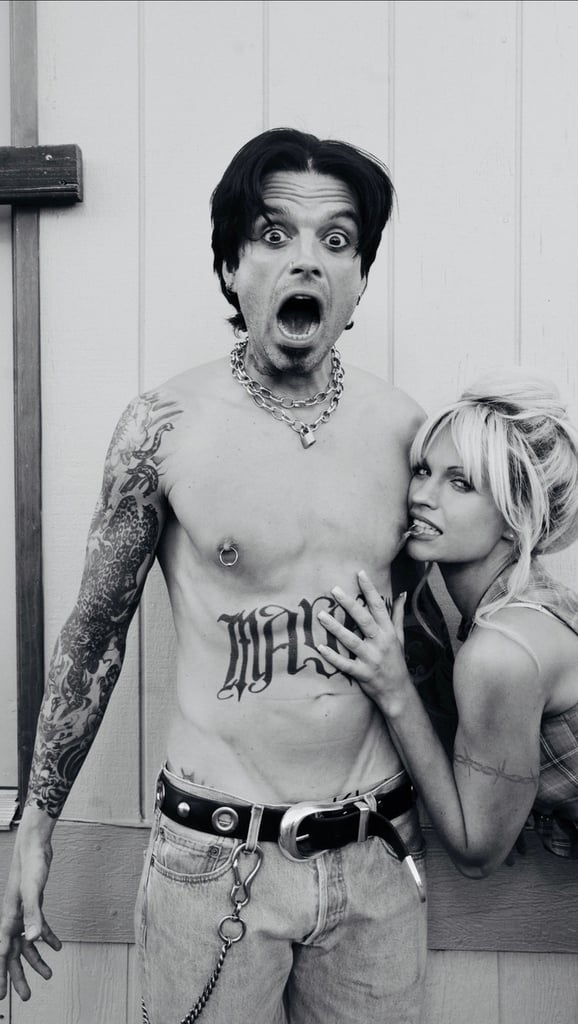 Lily James and Sebastian Stan are set to take on Pamela Anderson and Tommy Lee's romance for the upcoming Hulu series Pam & Tommy. The project was first announced in December 2020, and filming is already underway. On Monday, James was spotted getting into character as the Baywatch actress by donning a platinum-blond wig, and a few days later the studio dropped a few first-look photos of James and Stan in character. The resemblance is uncanny!

The series is set to revolve around Anderson and Lee's whirlwind romance in the '90s. The project will also be a mini I, Tonya reunion for Stan and Craig Gillespie, as the latter is directing the series. After seeing Stan's transformation into Jeff Gillooly for I, Tonya, we're not surprised to see how well he's channeling the Mötley Crüe drummer on the set. See more set pictures of James and Stan ahead.

Loki
We Should've Known Loki Would Be Behind the Unsolved Mystery of D.B. Cooper
by Grayson Gilcrease 1 week ago