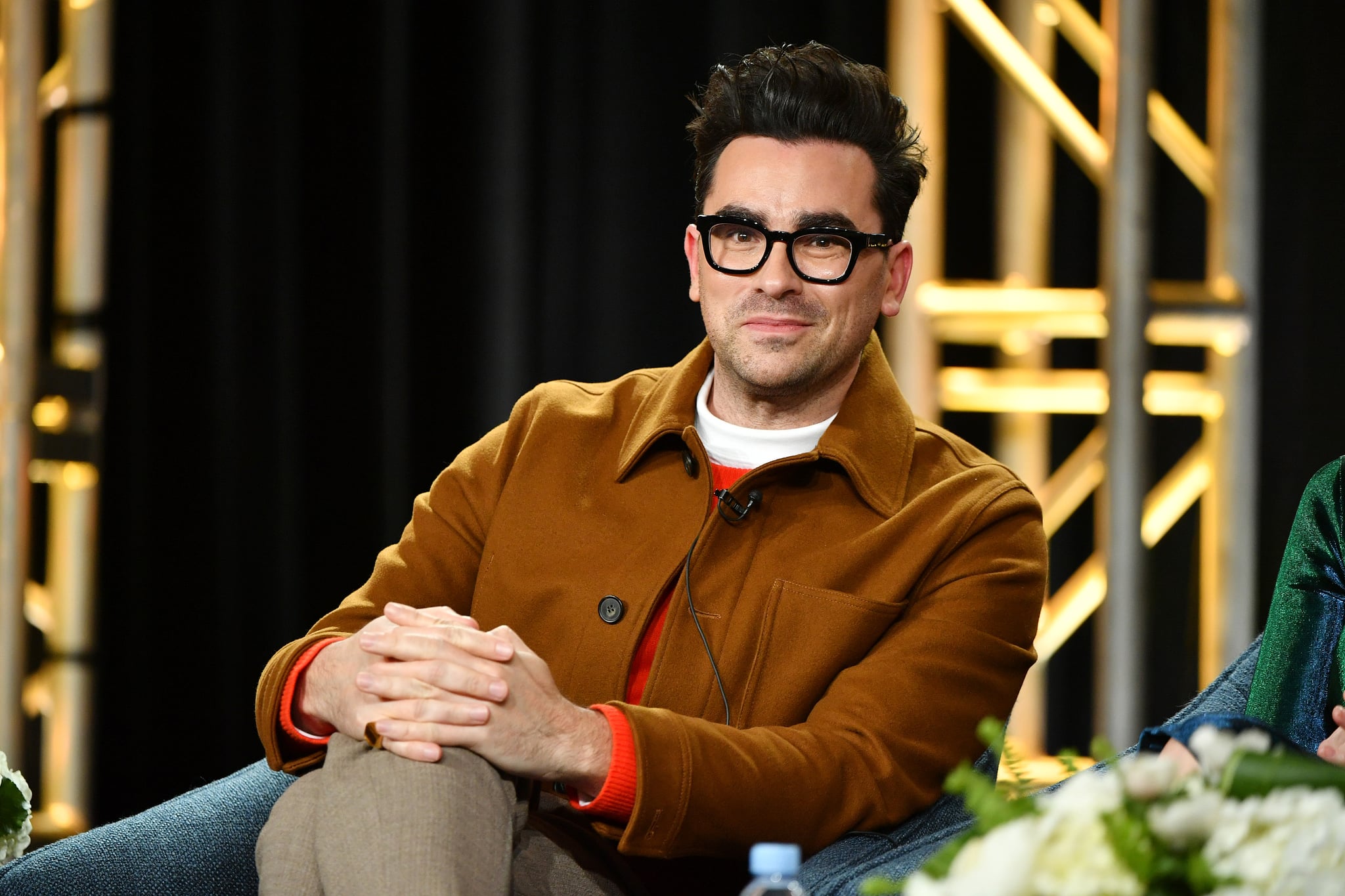 On 10 March, 2021, something incredible happened on Jessie Ware's Table Manners podcast. Dan Levy, aka David Rose from Schitt's Creek, was Ware's guest, and the conversations that took place were truly wonderful. Levy told both Jessie and her mum Lennie all about his adventures of living in London and working for the talent agency ICM, an experience he had after going through a particularly taxing breakup.

"I was living on Charlotte Street. It was the early days of the internet, so I don't even know how I found this place. It was a tiny little apartment on the top floor above a restaurant," he told the Wares. He went on to explain that his time in London had been a hugely formative experience for him, as he struggled to combat social anxiety and insecurity in his younger days. "It was like an eat, pray, love situation; I knew I had to make this choice to be a better person and hopefully find a kind of peace and a kind of confidence in myself that would set me up for a better relationship or a better job, because I could barely talk to people," the actor explained.

Levy opened up about his past relationship and the reason behind his move. He told Ware that he "made a lot of friends working at ICM; I knew almost instantly that I was not cut out for agency life. It is a very specific kind of person that can thrive in that environment, and you have to be incredibly strong-willed, and part of the reason why I went to London was because this relationship I was in really opened my eyes to the fact that I was not being very kind to myself, as we all can be at times. When we let someone sort of take over our heart, we can kind of minimise ourselves at the expense of someone else. I was finding that I'd kind of been left a shell."

This guest has not only won every award under the sun, now he's had Lennie get the ring light on and quote every line of his global television phenomenon, Schitt's Creek to him! We welcome with wide, open, Jewish motherly arms the sensational @danjlevy to TM! pic.twitter.com/kuPv3sFQlN

Table Manners is known for its riveting discussions about food, so it was only fair that Levy name-dropped his favourite London food spots. The aforementioned restaurant that he lived above was Icco pizza, and Levy shared an adorable story about how it ended up becoming his Wednesday night ritual, alongside picking up copies of Heat Magazine. He told listeners that "every Wednesday, when I knew that work was getting overwhelming, I had a ritual that made me so happy, and that ritual was, I knew that the latest issue of Heat Magazine came out on Wednesday morning." He added, quite wholesomely, that "it was this sort of incredible self-healing experience of going to Icco, getting my pizza, then going to the Tesco up the street, getting my Heat. I would sit in my apartment — which I had, at that point, completely bleached and Clorox-ed — and I would sit there and flip through the pages and eat my pizza, and I was perfectly content."

Naturally, being a Canadian abroad, Levy "didn't understand celebrity culture in England" and explained that he found himself "almost episodically, Wednesday after Wednesday, learning about the antics of these incredible British celebrities." Celebrities like Jordan aka Katie Price, Jade Goody, and Sienna Miller tended to front the pages of Heat at the time, so it's safe to say that Dan Levy's knowledge of British celebrities may well be out of date now!

The UK seemed to be a favourable location for Levy, particularly when it comes to his love life. "I had the best time, and I date a lot in England for some reason, and I don't date a lot in America, and I don't quite know why, but I know that I have to go back there because that's where I have the most successful dates. It's where I'm gonna find love, I just know it in my heart", the actor confirmed.

Listen to the full episode on Spotify.