If you're on the verge of canceling your Summer plans just to focus on dissecting Sharp Objects, which premieres July 8, you're not alone. Based on the eponymous novel by Gillian Flynn, the HBO miniseries brings in notable names like Amy Adams and Patricia Clarkson, who play Camille Preaker and Adora Crellin, respectively. That's all well and good, but there's one more cast member you should be excited about: Sophia Lillis. She plays a young Camille on the show but is best known for her role as Beverly Marsh in the 2017 remake of It.

Even though she was fantastic in the movie, when Lillis first auditioned for Beverly's character, the producers wanted her to be girlier. Fortunately, director Andy Muschietti — who had a different idea in mind — put his foot down and worked with Lillis on crafting a character who was more rebellious and a tomboy. Beverly's inherent strength and courage combined with the freedom Muschietti gave Lillis made for an empowering performance that transcends the time and setting of her character. 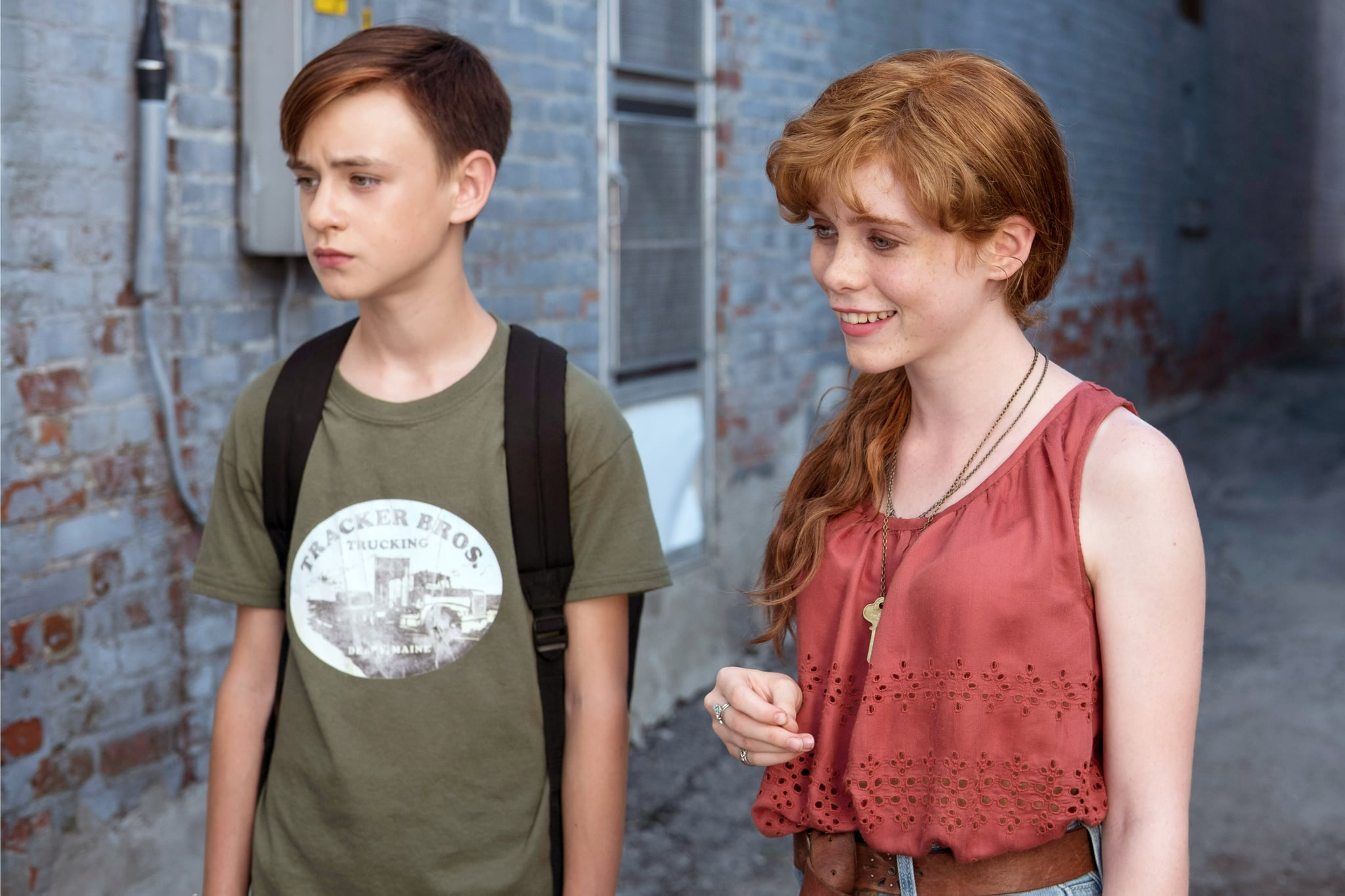 When she's not battling creepy clowns, the young actress is attending a performing arts high school in New York. Born in Brooklyn, Lillis started acting at 7 years old when her stepfather needed a volunteer for a film class project, and from then on she honed her craft at the Lee Strasberg Theatre and Film Institute in Manhattan. Her career took a sharp turn (pun intended) once she began auditioning. Lillis had smaller roles in a movie adaptation of A Midsummer Night's Dream, The Lipstick Stain, and 37, but It became the pièce de résistance of her repertoire of complex characters with troubled backstories — minus the video of Sia's single "Santa's Coming For Us" that she starred in with Kristen Bell and Dax Shepard.

In an interview with Adolescent, Lillis discusses these roles that include awful childhoods, saying, "I'm used to roles like that. I don't know why, but there's this pattern where I've always gotten these roles where there is something wrong with my family." She continues by saying she'd love to do something comedic, "maybe something with a supportive, functioning family. That is probably a little boring! Something with Bill Murray. He is someone I have always looked up to."

Whether she'll take on a comedic role remains to be seen, but she's recently signed on to play the titular character in Nancy Drew and the Hidden Staircase, getting the chance to add "badass detective" to her increasing résumé.

Award Season
From JAY-Z to Olivia Rodrigo, Here's All the 2022 Grammy Nominees Who Set New Records
by Njera Perkins 3 days ago

Euphoria
Euphoria Is Back For Season 2, but We're Not Ready For All the Teen Drama Ahead
by Njera Perkins 4 days ago

by Angelica Wilson 3 weeks ago