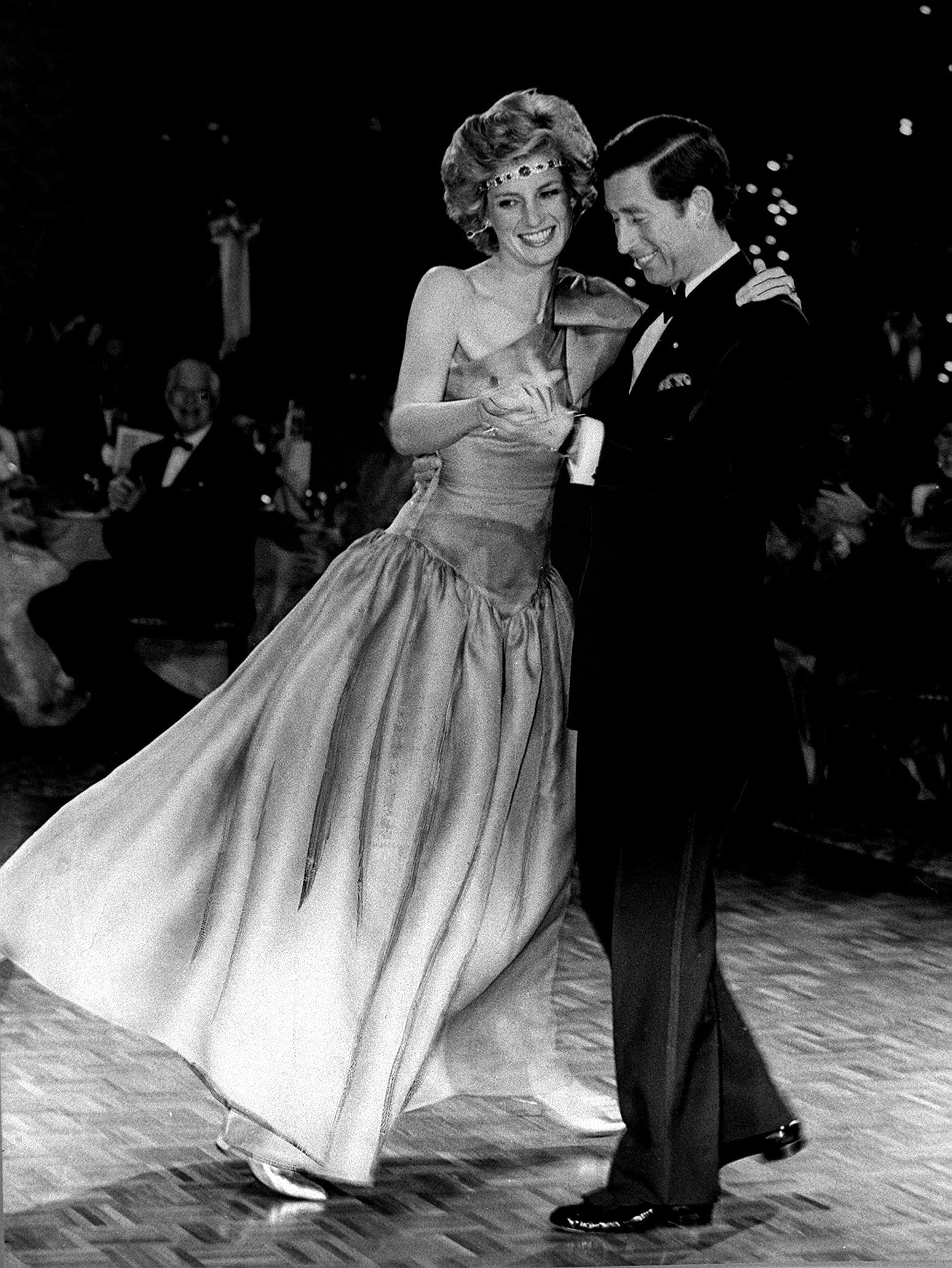 Princess Diana dancing on stage to Billy Joel's "Uptown Girl" might sound like the kind of storyline The Crown would make up for added drama, but it's actually a completely true story! Much to the surprise of her husband and the assorted elites gathered at a Royal Ballet gala, Diana managed to plan, rehearse, and sneak onstage to perform without anyone finding out! Here's how she pulled it off — and how she got mixed reactions.

Princess Diana famously loved dance her entire life. As a child, she took dance lessons, and at one point, she even aspired to be a ballerina, before she grew too tall as a teenager to ever be able to have a professional dance career. Of course, as a member of the aristocracy, she wouldn't have been able to have a career in dance anyway, but she transformed that love for dance into patronage as an adult, including her support of the English National Ballet. In 1985, she surprised onlookers when she took a twirl around the dance floor with John Travolta during a trip to the U.S., but her real performance was yet to come.

Wayne Sleep, the dancer who worked with Diana to create and perform the top-secret routine, told The Guardian his version of the story in 2017, twenty years after Diana's death. He explained that Diana had first approached him years before, hoping he could give her dance lessons, but he had been unable to commit to it because of his touring schedule. In 1985, however, the princess approached him again, this time with a one-time idea in mind.

"It was a private show for supporters and friends of the Royal Ballet. Charles was going to be in the audience and she wanted to surprise him; it was all top secret," he said. At first, he worried that their height difference (he is only 5'2", while the late princess was famously tall at 5'10") would cause a problem, but soon "realised she had a good sense of humour, and that we could have some fun with our height difference." After the performance itself and the reactions from the surprised audience, he said, "She loved it, but was most thrilled we'd kept it secret from Charles, and our rehearsals away from the paparazzi. She loved the freedom dancing gave her. A few days later, I got a letter. She wrote: 'Now I understand the buzz you get from performing.'"

Sleep told The Guardian that he and Diana remained friends for a few years after the surprising performance, with the princess frequently visiting him after dance performances or just coming to his apartment for a casual dinner. "I think we got on because we were quite similar: we were both loners; we both had to carve out our own paths . . . we didn't set much store by protocol," he reflected. When photos of their performance leaked in 1995, however, she became more distant, increasingly worried that she couldn't trust anyone, and their friendship faded.

The 2017 documentary Princess Diana: The Woman Inside revealed that not everyone was thrilled with Diana's showstopping stunt. Although it was meant as a Christmas "gift" for Prince Charles, the dance actually upset him more than anything. "She did it as a tribute to Charles. Charles wasn't terribly impressed. He thought she was showing off," royal expert Richard Kay said in the documentary.

You can see more of Sleep's retelling of the famous dance in this CBS video below:

Netflix
How Many People Did the Night Stalker Kill? The Count May Be Higher Than We Know
by Stacey Nguyen 1 week ago