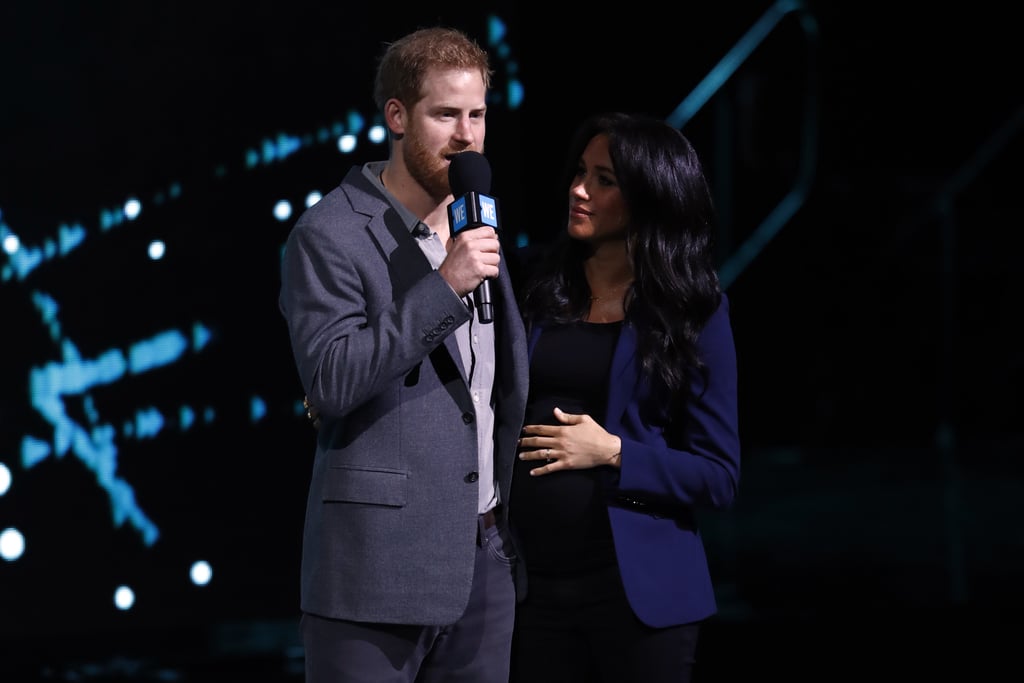 Prince Harry hit the stage in front of 12,000 young people at the WE Day UK event on Wednesday, and he brought a surprise guest onto the stage with him . . . his wife, Meghan Markle. Harry's appearance at the event was known ahead of time, but nobody was expecting Meghan to pop up at his side. The two looked so loved-up as they waved to fans from the stage, and Meghan couldn't keep her eyes off her husband. The prince gave an impassioned speech about climate change at the event, which aims to inspire young people to get involved in social change.

The Duchess of Sussex is showing no sign of slowing down as she nears the end of her pregnancy: if anything, she's busier than ever. Following the royal tour of Morocco, the couple had a secret date night at the theatre, and celebrated Prince Charles's investiture with a family reunion at Buckingham Palace. No doubt she'll try and squeeze in a few more royal events before the big move to Frogmore House in Windsor, and the birth of their first child. Until then, take a look at all the photos from their sweet onstage appearance ahead.

Celebrity Style
Queen Elizabeth's Sapphires Date Back to 1850, but Here They Are Looking Splendid as Ever in 2020
by Sarah Wasilak 5 days ago