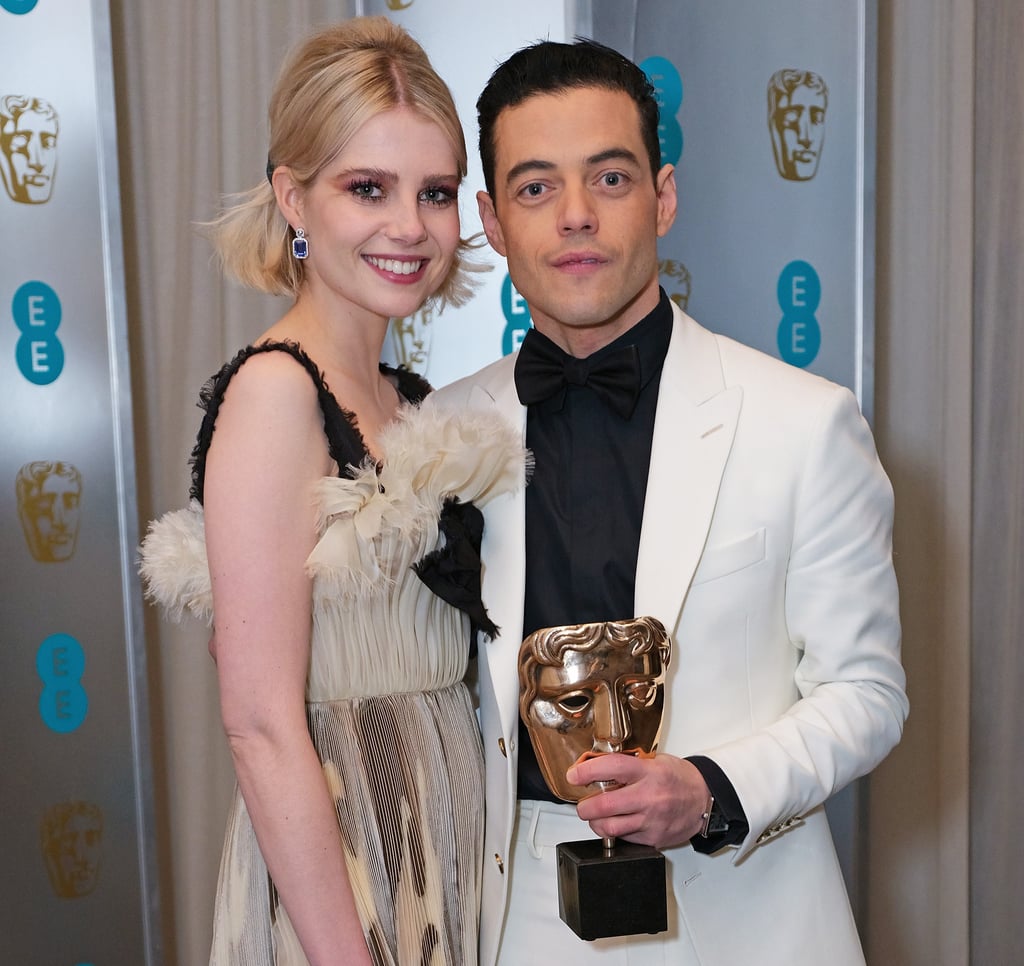 It's official — Bohemian Rhapsody costars Lucy Boynton and Rami Malek are dating! On Jan. 3, Rami confirmed their romance at the Palm Springs International Film Festival. While accepting the award for breakthrough artist, he thanked Lucy for her support, adding, "You have been my ally, my confidant, my love." At the Golden Globes on Jan. 6, the couple continued to be award season's sweetest duo, and as Rami celebrated more wins at the Oscars, SAG Awards, and BAFTAs, he snuck a kiss from Lucy before heading to the stage. Most recently, the pair made a rare red carpet appearance together at the MiuMiu photocall at Sala Volpi in August, as part of the 2019 Venice Film Festival.

Rumours of them dating have been swirling for nearly a year. Now that they've confirmed, we have a whole new appreciation for their on-camera moments in the Freddie Mercury biopic. In the film, Rami takes on the role of Freddie Mercury while Lucy plays his lesser known muse and former partner, Mary Austin. Freddie was known to write a string of songs for Mary, including "Love of My Life" from Queen's 1975 album A Night at the Opera.

Rami and Lucy's public embraces are even sweeter off screen, so read on for a look at the duo's real-life romance.

Related:
Lucy Boynton on Playing Freddie Mercury's Muse, and the "Complexity of Their Relationship"
Previous Next Start Slideshow
Bohemian RhapsodyLucy BoyntonCelebrity CouplesRami Malek
Around The Web

British Celebrities
Who Is Anya Taylor-Joy Dating? Her Love Life Is a Bit of a Mystery
by Corinne Sullivan 2 weeks ago