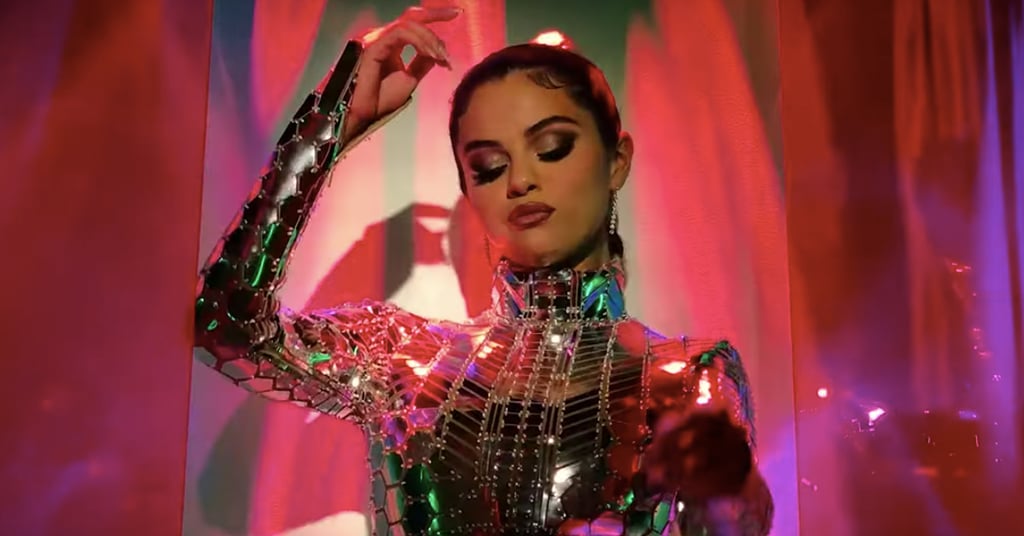 Between Selena Gomez's reflective bodysuit and striking choreography in her new "Look at Her Now" music video, it would make sense that you might have missed one tiny detail of her beauty look. She debuted a rhinestone-encrusted french manicure that you're going to want to immediately add to your mood board.

Gomez's go-to manicurist as of late, Tom Bachik, posted a close-up of the singer's new nail look on his Instagram. "Rhinestones meets [sic] french mani on @selenagomez for the #LookAtHerNow music video, out now!" he said in the caption for the post.

The pearly version of the french manicure featured tiny crystals placed in line formations. One accent nail had a singular extralarge rhinestone near Gomez's cuticle. She matched the look with her sparkling costumes, accessories (including a rhinestone barrette that held together her blond highlighted braid), and metallic makeup.

While the french manicure isn't a new look, it has experienced a resurgence this year as it's made appearances at numerous red carpet events and on fashion runways. Gomez's iteration, however, was glowing as bright as she was in her new music video. Take a look ahead.

Makeup
The New Morphe x Lisa Frank Collection Is Exploding With Rainbows, Glitter, and Nostalgia
by Jessica Harrington 1 week ago

Award Season
Jennifer Lopez Wore Lipstick as Blush to the PCAs, and Her Cheekbones Could Cut Someone
by Jessica Harrington 1 week ago 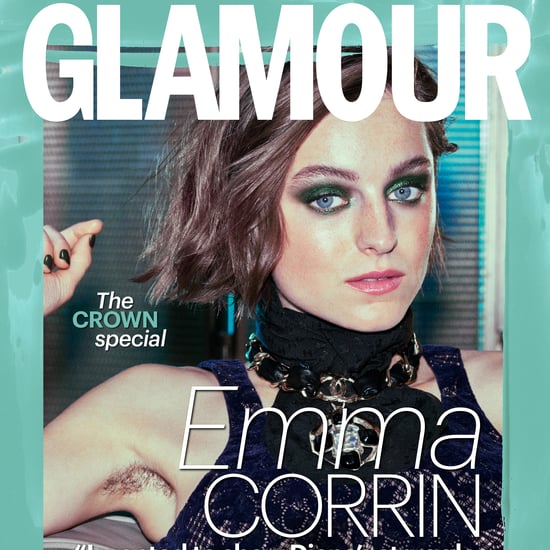