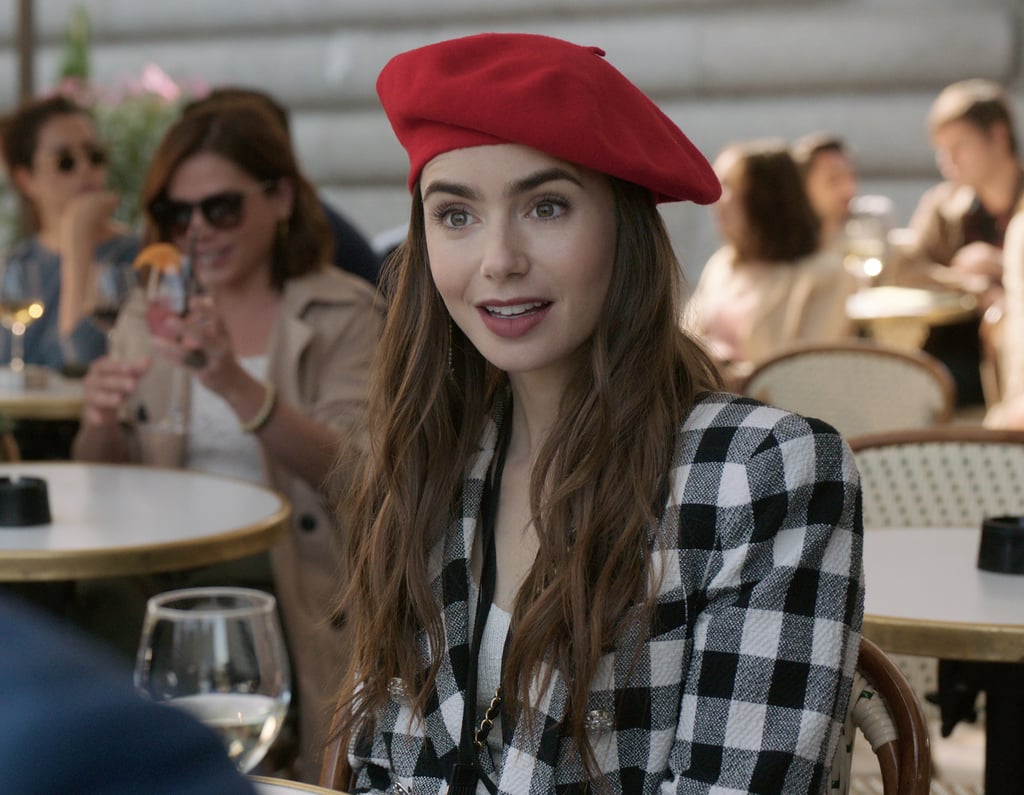 OK, Can We Talk About Lily Collins's Brows in Emily in Paris?

I set a calendar appointment in my phone to remind me to stream Emily in Paris as soon as it hit Netflix on Oct. 2. Considering the show was created by Darren Star — the mastermind behind Sex and the City — I knew it would not disappoint, especially when it came to the fashion and beauty moments.

The new series set in the City of Love stars Lily Collins, but I think we can all agree the real standout stars of the show are her perfect — or rather, perfectly imperfect — eyebrows. That fullness! Those arches! When I think "brow goals," a picture of Collins's face flashes into my mind.

In Emily in Paris, Collins's immaculately manicured brows act as the most important accessory to her red barrette — or whatever other piece of French headwear she's wearing in the episode. (Although I would be remiss not to call out her chic printed outfits and effortless, natural makeup that screams French-girl beauty, too.)

In all honesty, I've been in awe of Collins's eyebrows for as long as I can remember. With every day that I refrain from plucking away at my own brows, I aspire to her level of bushy, full-brow greatness. The secret to her signature brows, I discovered from an interview she did in 2018, is quite simply not letting anyone touch them: "I do it all myself . . . I really think less is more," she said. If only it were that easy for the rest of us.

I can only hope Netflix gives us a season two of the show so we can stare at Collins's eyebrows some more while she frolics around Paris with handsome men and a baguette in tow.