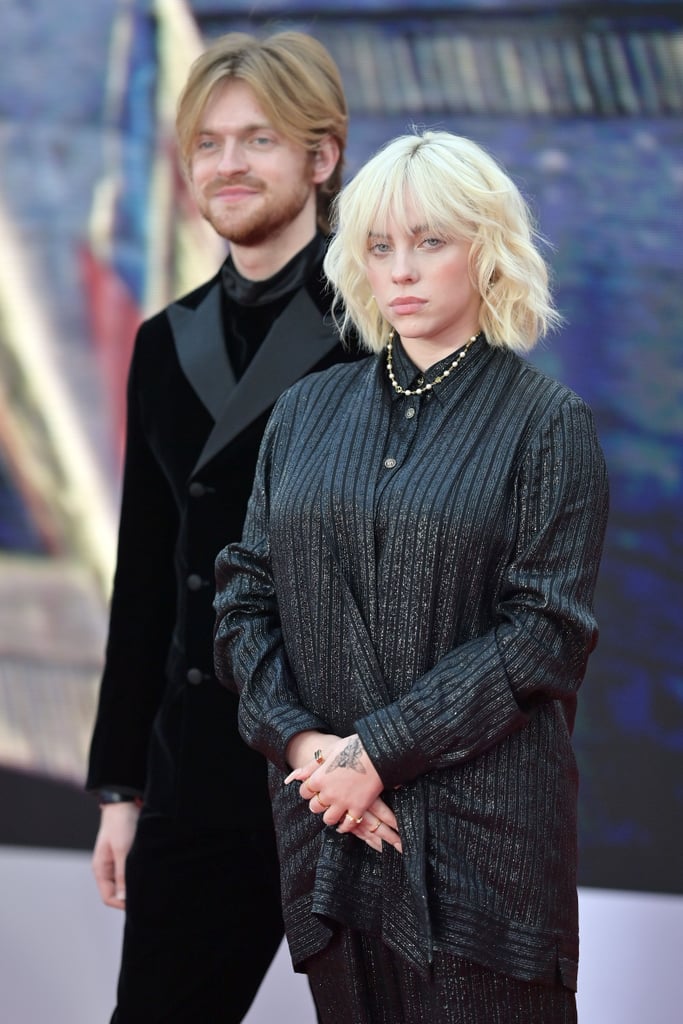 Billie Eilish Pirate Baird O'Connell might be gearing up to sail to Neverland soon, and her new hand tattoo could be her ticket. Just days after giving us a glimpse at the slithering dragon leg tattoo on her right leg through the slit in her wine-coloured Oscar de la Renta cape dress at the Met Gala, Eilish subtly debuted a tattoo of a woodland fairy on her left hand.

Eilish hasn't confirmed which artist was behind her new ink, but fans were quick to speculate that she's been hinting at the tattoo for a while now, pointing out her repeated use of the fairy emoji in her Instagram Stories over the last few weeks as evidence.

The second addition to her tattoo collection, the design appears to be two fairies fluttering near each other and waving at something in the distance. With dragons and fairies already in the mix, we wonder if Eilish is planning to get a mermaid or a pegasus tattoo next to add to her medley of mythical creatures. Enjoy a close-up look at her new ink ahead and see if you can spot both fairies in the intricate design.

Hair
Well, That Was Fast: Billie Eilish Is a Brunette Now
by Kelsey Garcia 1 day ago

Billie Eilish
Congratulations Are in Order For Billie Eilish, the Youngest Person to Receive the PETA Award
by Shelcy Joseph 3 days ago

Hair
Barbie Ferreira Is Now "Barbie Weasley", Thanks to Her New Red Hair Colour
by Victoria Messina 4 days ago

by Chanel Vargas 2 days ago

by Princess Gabbara 4 weeks ago