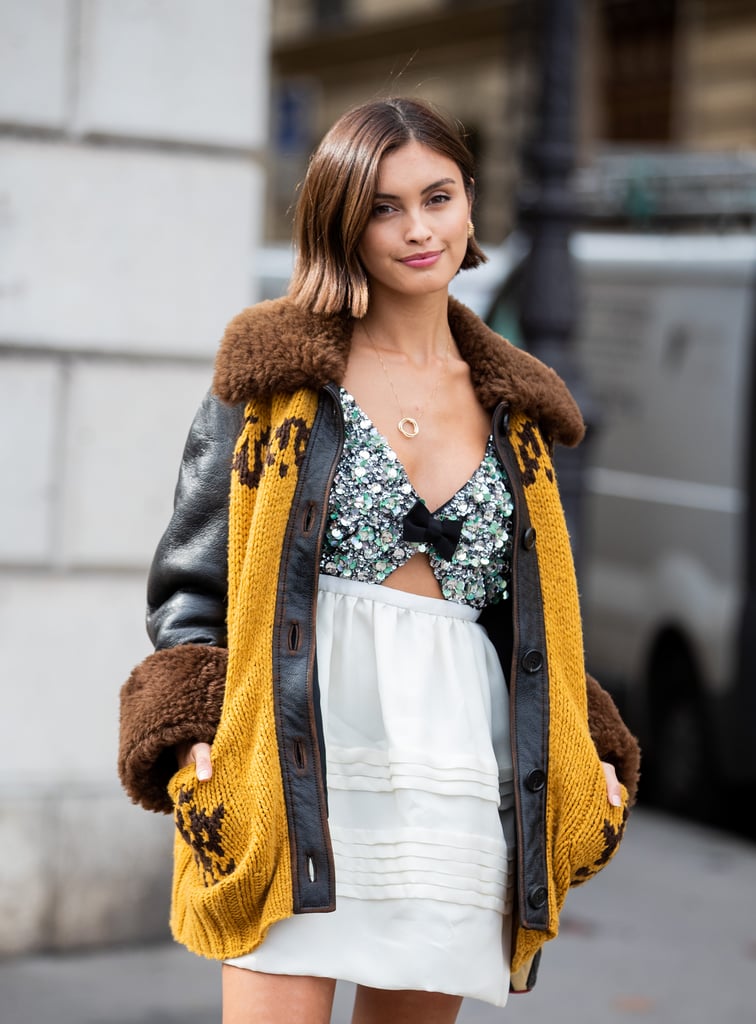 Long before Kim Kardashian debuted a freshly chopped bob haircut late last week, and definitely before Hailey Baldwin, Jordyn Woods, and little sister Kylie Jenner lobbed it off a few months before that, it was Coco Chanel, Louise Brooks, and the OG trailblazer behind the bob hairstyle as we've come to know it, Irene Castle, who set the trend.

The 1920s cut was a feminist nod to the fight for gender equality, a form of social rebellion that depicted both strength and power. Now, the "castle bob" — as it was so popularly called — is getting a modern update for the season: "It's fashion-forward but still has a classic air, with strong angles and straight lines," said celebrity hairstylist and Garnier brand ambassador Tommy Buckett. This look is fresh and crisp, like Autumn. People are wearing more clothes, turtlenecks, and collared shirts, which showcase the hairstyle very well. It can be styled with or without bangs."

This year's "castle bob" is sharp, blunt, yet smooth all the same — and the complete opposite of the shaggier, free-flowing cuts we've been seeing of late. "It's a very versatile look and can be styled in so many ways – waved, straight, textured, pulled apart. It instantly gives you a style, even if you're not trying." (Because why would you be, when you're busy ruling the world?)